You may have noticed over the last year or so that we at FatKidOnFire have been focusing the majority of our efforts on the music side of what we do. Spending time on creating the content we publish here on the site takes significant time, and life’s done what it can to keep us occupied elsewhere. But we’ve done what we can to keep releasing only the very best in dubstep/ bass-oriented 140 BPM music! The fire is still burning and we still ‘blame it on the hype’.

ICYMI, we recently celebrated our tenth year ‘in business’, have (so far) dropped 5 vinyl releases, are fast approaching our 50th FKOFd release and been recognised through a few channels for our ‘defining taste’ in dubstep.

But as life settles in the 24/7 online mode we find ourselves in, there’s an occasional opportunity that presents itself to return to the written word. One such opportunity is the Diversity in Dubstep series that started in 2020, and another would be what you’re reading now… 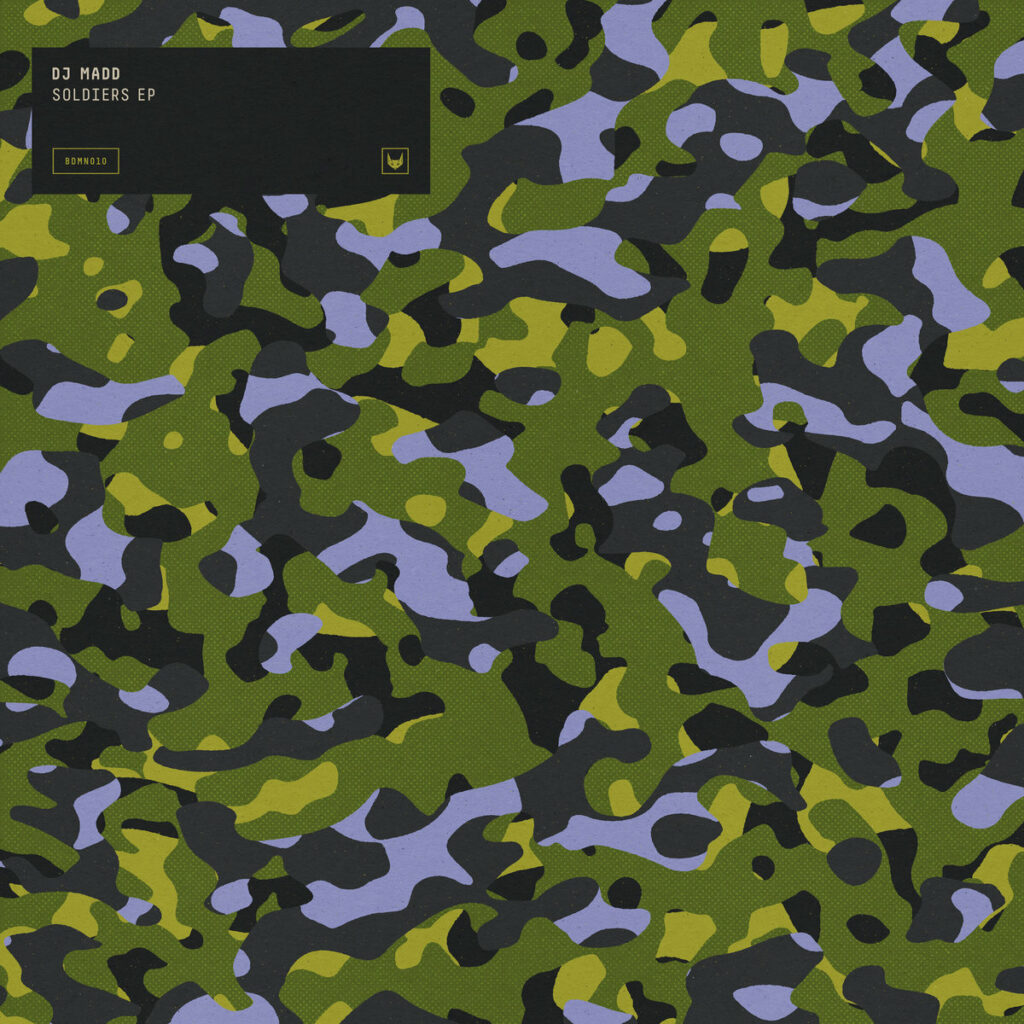 DJ Madd is known for what could be described as a ‘notorious dungeon sound’ and his dub-esque productions with a number of monumental producers on name-brand imprints from across the bass-oriented music spectrum.

For his next release, Peter’s joined forces with our good friends over at Badman Studios (shout out to Jason and the gang!). The San Francisco-based imprint has been all about the dubstep sound since its inception back in 2016. The label has been building a strong catalogue of incredible music to vibe to – in both sweaty basements as well as at home – and BDMN010 is a superb addition to the catalogue.

We caught up with the producer, hot off his appearance with us on FKOFv004, to chat about the producer’s current state of mind, what’s on with his music production, what the future holds for DJ Madd and his connection to the Badman Sound… 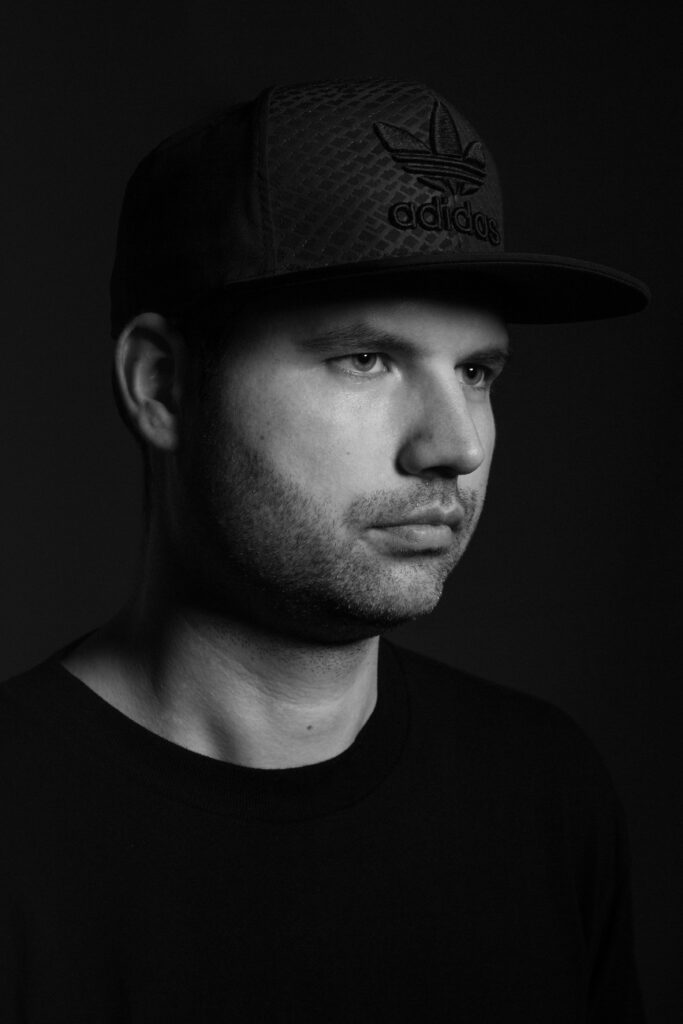 Hi Peter, how’s life? It’s been a while. How’ve you been holding up? Hey man! I’ve been doing alright thanks. I was busy moving to Detroit in 2020 so that was a mission. My new studio is just about starting to look decent so pretty happy about that!

How’s it all going in the crazy United States as of right now? It’s been weird. I get most of my info online like everyone else – so I feel both close to all the craziness while being a bit removed still? It’s strange. My family and friends are doing ok, so I’m trying to focus on that.

You’re still standing strong as a producer (and creator). What’s your current view on the impact of COVID-19 on the music industry? I’m still trying to make sense of it to be honest. We will figure it out I’m sure, but the shock and confusion is still very much there. Seeing the raves in New Zealand is giving me hope, but I have a bad feeling we will not have any of that in the USA for a while. I’ve also been very disappointed in the news coming out of the UK as well in regards to the post-Brexit artist visa mess.

Has this period impacted you as a person and producer? If so, how has anything changed? Definitely. I think 2020 might’ve been my least productive year – kind of on purpose too. I always considered myself to be making “club music”, so to suddenly not have that outlet I always had for my tunes was (/ is) both weird and confusing.

Have you been approaching music production differently lately? If so, how so? If not, why has it remained the same? I am trying to use mostly hardware in my productions and I think this year I can actually go for it. I grew up with early drum & bass, which was very hardware heavy with synthesisers, DATs and old samplers etc. A lot of things that today’s technology makes it way less painful.

That being said, I think hardware synths and drum machines are my next destination in music. It totally spiced up my workflow and creativity. I was never a fan of using the most popular software or plugins, even if that means I am not using what’s considered “the best”. So instead of hoarding more obscure plugins and software synths, I decided to switch it up and try the more and more affordable hardware route. It’s amazing what you can get now for a couple hundred dollars, not to mention the tactile feel and the unique sound of course.

With your recent release with our good friends over at Badman Studios and that wicked remix for Chad Dubz’s FKOFv004 release, you revisited the pure ‘dungeon’ sound we’ve come to know from you. Is it the seasons that impact your music production? If not, what leads to you creating a dub-esque production or otherwise? I’ve been back & forth between dubby stuff and techy stuff all throughout my career – I guess it goes in circles! I’ve been toying with the idea of starting an alias for my more minimal stuff this year. I’m ready to explore that sound way more in depth and having some reggae-dubstep or happy garage beat between some sound design heavy tunes takes the focus away from both vibes, so maybe it’s time.

How did your connection with the Badman Studios gang come about? And why have you chosen to release with such awesome label from San Francisco? I’ve known Badman Studios since 2017 when I did a remix of Leaf’s Horns Dub. I’ve met label boss Jason a couple times and we got along great. I hit him up about this EP because I remembered how he was into my early tunes, and having someone appreciate my return to these sounds means a lot to me.

Working with people who are genuinely excited about the music seems to be more present in these relatively fresh crews, and I am happy to work with them. I used to look up to people who turned out to be burned out grumps, and the more you hang out with them the more you become one. If your achievements can be summed up with “I was there 15-20 years ago” then I’m not interested. 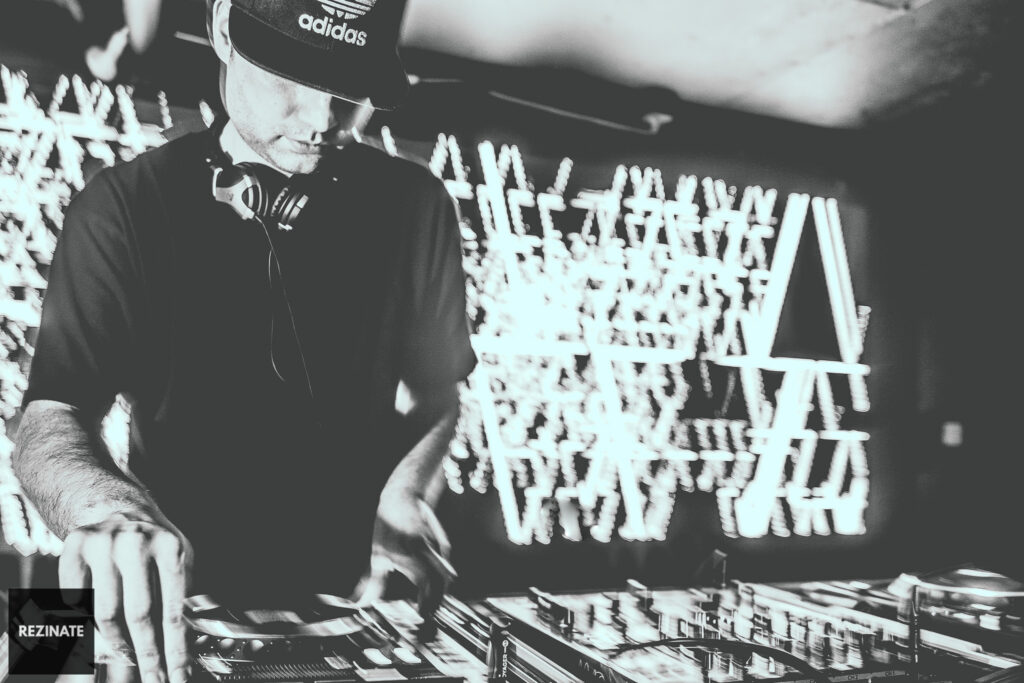 Is there a DJ Madd track without the dub-esque vibe in there? It feels like dub has really influenced your music, especially listening to BDMN010! I usually keep the dubby stuff and tech stuff seperate. I will always use the atmosphere and effects of dub music, but lately I’ve been trying to take a step back from all the reggae chords and melodies and all that. I want to save those sounds and ideas for my reggae riddims for Dub-Stuy Records. Keeps it fresh and more special when I don’t work on that sound 24-7.

If you had to choose one track off the EP as your favourite. Can you explain us why so? Today that’s Weapon Of Choice. That track captures that techno-dubstep vibe I love and kind of miss. Not just the squelchy mids but those plucky techno melodies.

With the club scene hopefully getting back to ‘semi-normal’ or ‘normal’. What’s the first tune you’d love to play out loud from back ‘2020’ or earlier?

What’s your future going to look like on the music side of things? What’s up in the next coming months you can tease us and your followers with? Right now, I’m enjoying learning some new synths and getting my headspace back in music proper. Expect a lot more oldschool minimal sounds for both dubstep and dnb. I also have some new material cooking with Dub-Stuy Records, signature reggae riddims with amazing vocalists. Apart from those, I am working on a couple non-club related music projects which should start taking shape in a couple of months.

I do have a bunch of other project ideas, but I prefer to get on the music first before really going on about it. I will be a bit more active on my Instagram, so keep an eye on that for more music news this year!

Share your thoughts on our chat with Peter via the footer below or get in touch with FKOF via email or Twitter.